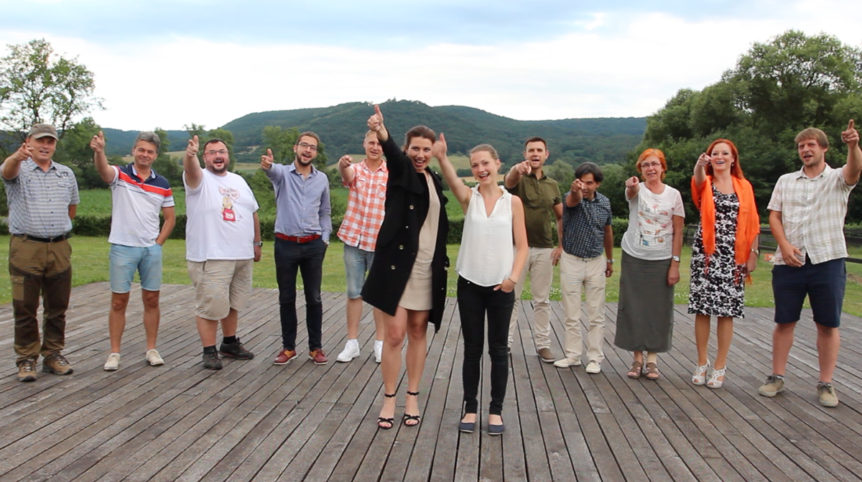 As a part of project preparation was on 28th of June 2016 organized meeting with entrepreneurs involved in the project. During this meeting, employees of agency Dr. Monika Štesková and Ing. Dana Trombitášová have presented concept of the project, have planned details of the partnership with entrepreneurs and filmed last shots for short presentation clip.
As first step in recruiting of participants organized agency on June interactive presentations about the project at all secondary schools in Revuca and at Gymnázium Mateja Hrebendu in Hnúšta. On 22nd of July 2016 agency presented the project also to participants in Summer leader camp in Rimavská Sobota, where organizators of the camp introduced the project as suitable form for continuing in self-development process and further education. During school holiday will be presentations organized also at Unemployment office in Revúca and Rimavská Sobota with an aim to involve to the project also young unemployed people from the region. From September will presentations continue at schools in Tisovec, Rimavská Sobota and Hnúšťa.